During the 2002 academic year he was the Department of State’s “Diplomat in Residence” at the University of Oklahoma. Previously he was the U.S. Ambassador to Ethiopia from 1999-2002, and Ambassador to Guinea from 1996-99. Before that, he attended the Department of State’s prestigious Senior Seminar. (During this year, Ambassador Nagy lectured extensively at educational institutions and to civic groups around the U.S. about US foreign policy, Africa, diplomatic careers and Foreign Service life.)

Ambassador Nagy joined the Foreign Service in 1978 as a management analyst in the Bureau of Personnel. His first overseas assignment was as General Services Officer in Lusaka, Zambia from 1979-81. After that, he was assigned to Victoria, Seychelles, for two years as Administrative Officer. He served as Systems Administrator for the African Bureau in Washington from 1983-84 and then returned overseas as Administrative Officer in Addis Ababa, Ethiopia from 1984-86. For the next eight years, he was Deputy Chief of Mission at Lome, Togo (1987-90); Yaounde, Cameroon (1990-93); and Lagos, Nigeria (1993-95).

Ambassador Nagy was born in Budapest, Hungary on April 29, 1949 and arrived in the United States as a political refugee in 1957. He received a B.A. from Texas Tech University in 1972 and an M.S.A. from George Washington University in 1978. He speaks Hungarian and French, and has received numerous awards, including the Department of State’s “Superior Honor” award, five “Meritorious Honor” awards as well as being runner-up for the prestigious “Deputy Chief of Mission of the Year” award.  He was also knighted by the President of Guinea.

Managing Overseas Operations: Kiss Your Latte Goodbye is an award-winning, clever guide through the perils and pitfalls as well as the joys and fun of being a manager in a foreign country  The authors are both distinguished and awarded ambassadors for the United States, with combined service of more than fifty years in fifteen different countries on four continents during their careers.  Written in a briefing style with meetings scheduled throughout one packed day with the authors, the book is filled with anecdotes which bring to life the reason you need to read this book if you are contemplating an international career.

A career diplomat and Foreign Service officer with extensive international management and policy experience, Ambassador Engle has a vast portfolio of distinguished service. While on a thirteen-month assignment as Management Counselor of the U.S. Embassy in Baghdad, Iraq, he managed a full range of administrative functions and oversaw the provision of $450 million of life support services for the United States’ largest diplomatic mission. Before serving in Iraq, Ambassador Engle was the U.S. Ambassador to the Togolese Republic, where he primarily focused on promoting representative government and greater respect for human rights.

Ambassador Engle joined the Foreign Service (U.S. Department of State) in 1981, following a tour as a Peace Corps Volunteer in South Korea. He served in management positions in Pakistan, Germany, Washington, Ethiopia and Cyprus. He was the recipient of the State Department’s prestigious Leamon R. Hunt Award for Administrative Excellence for his service in Ethiopia, in part for his role in the search and recovery mission that followed the plane crash that killed Texas Congressman Mickey Leland and 18 other Americans and Ethiopians. Following his assignment in Cyprus, Ambassador Engle served as Deputy Chief of Mission at the U.S. Embassy in Lilongwe, Malawi, from 1992 to 1995, during which that country made its transition from decades of one-man rule to a democratically elected government. From 1996 to 1999, he was U.S. Consul General in Johannesburg, South Africa.

Upon his return to Washington, Ambassador Engle served as Director of International Cooperative Administrative Support Services (ICASS) from 1999 to 2001, Special Coordinator for the African Crisis Response Initiative from 2001 to 2002, and Director of the Office of Regional and Security Affairs in the State Department’s Bureau of African Affairs from 2002 to 2003. 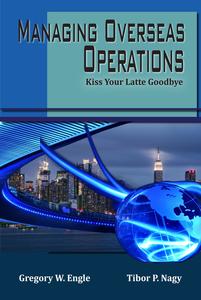